We've had something of an overdose of parkrun recently (Saturday's event will be the sixth parkrun in 15 days for some people!), so I'll keep it short if not sweet.

What a fantastic way to start the New Year. It's the only day of the year that you can register two parkruns, and dozens of people chose to do that by starting the day in Inch Beach or Listowel at 09:00, and then joining us in Tralee where we had our second largest ever attendance (and just three shy of our record 350 finishers on the same day last year!) 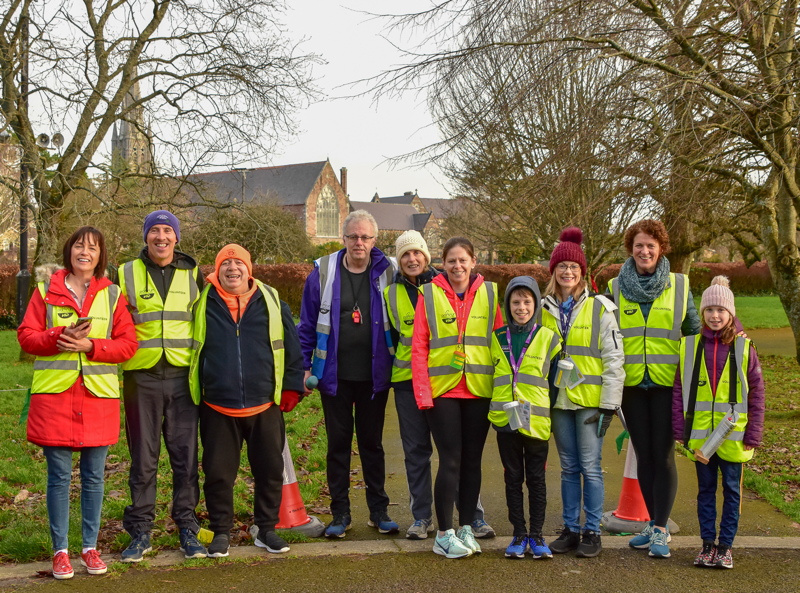 It was all a bit hectic, as I had done Listowel before driving in to Tralee to finish setting up and preparing for the invasion. I say "finish setting up" because a lot of it had already been done by the one and only Pat Sheehy who drove around the park at 07:00 to set up the course flags before heading West to Inch! Thanks Pat, and thank you to all the other volunteers who made my job as Run Director so easy and so enjoyable. Sadhbh and Darragh, our youngest volunteers this week, were absolutely fantastic and the Finish Funnel ran like clockwork, despite the numbers (the others were pretty good too!) A special mention for Nora O'Connor and Chris Larkin who volunteered for the 25th occasion at our parkrun today - they'll soon be sporting the stylish aubergine T-shirt! 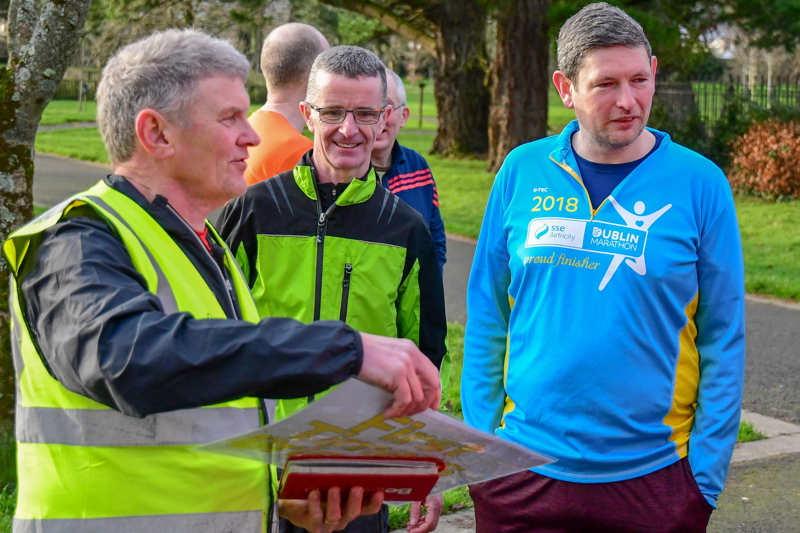 The briefing was a bit longer than usual, but made easier by having Tom Crean doing several First Timers briefings as parkeunners arrived in dribs and drabs. That was but one of the tasks Tom took on today, in his own quiet way - thanks Tom. 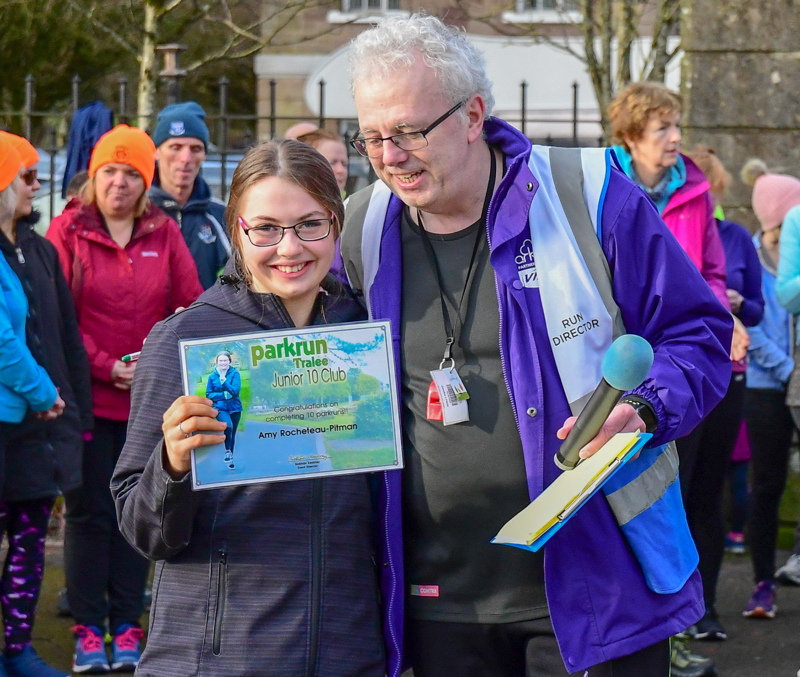 It's hard to keep track of "milestones" at this time of year, but we did our best. Amy was our only new Junior Club member. 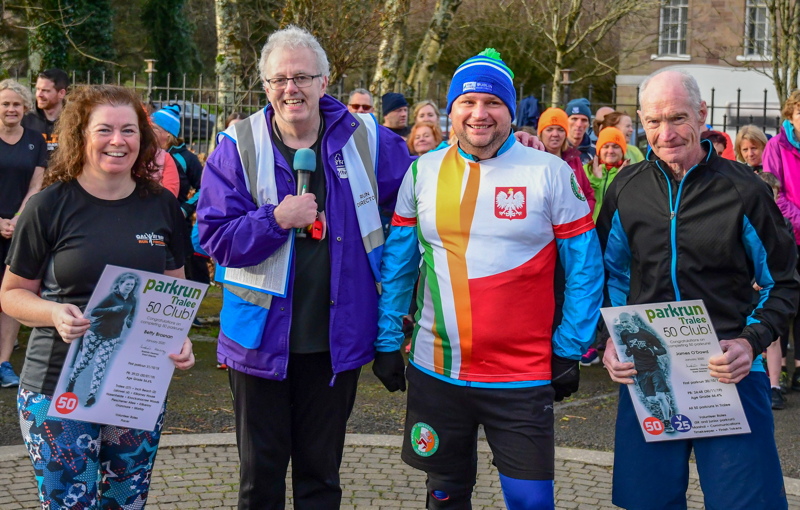 We welcomed Betty Brosnan and James O'Dowd, and visitor Marcin Gertner to the 50 Club. Marcin is a member of the Polish Runners Club - familiar to many from various other parkruns and races all around the country - they're great craic altogether! 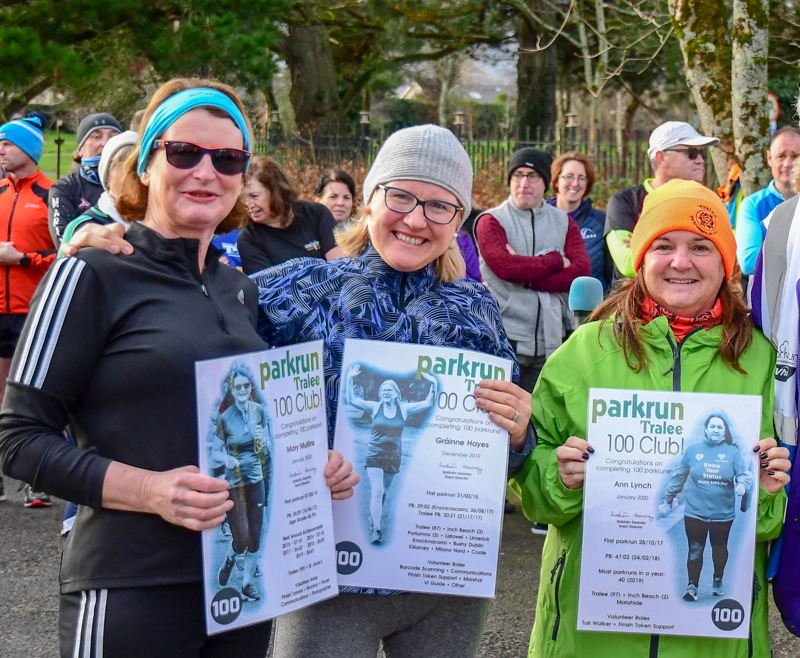 Mary Mullins, Gráinne Hayes and Ann Lynch all did their 100th parkruns this week. 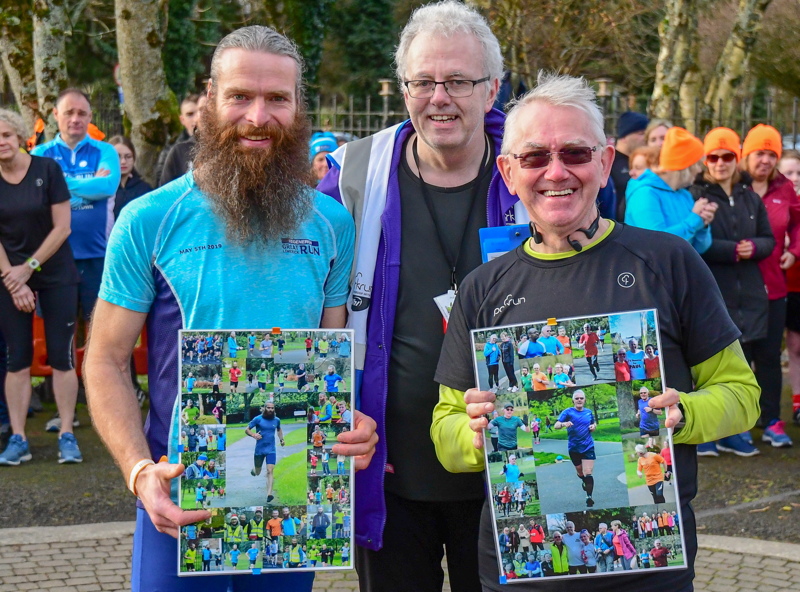 And Garrett Scollard did his 150th, along with visitor Shay O'Donovan who joined us for the "double" from Castle Demesne parkrun. 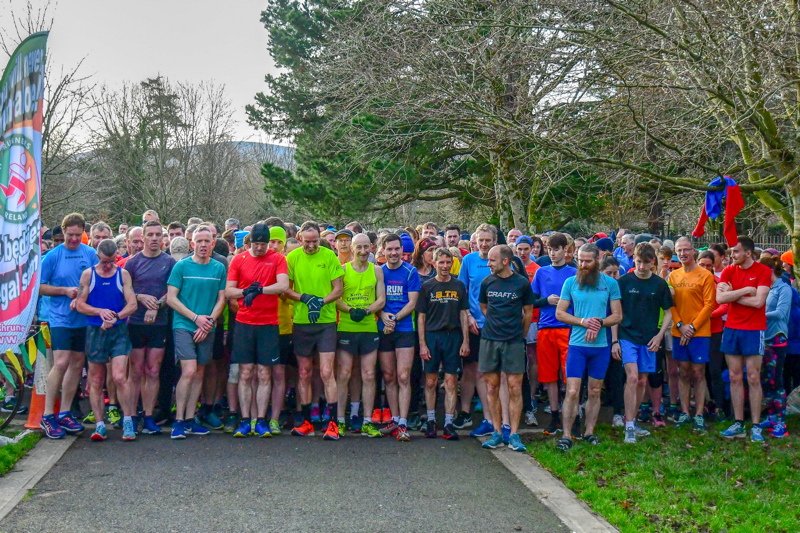 We were fully three minutes after the official start time, I'm afraid. But that's OK, as the Boss was away with a huge crowd doing a "Double" in Copenhagen - the second of which was Siobhán's 200th parkrun! A few of our other friends were celebrating milestones too - as well as Siobhan's 200th there was Cora's 50th and Sean and Cathal's 100ths! 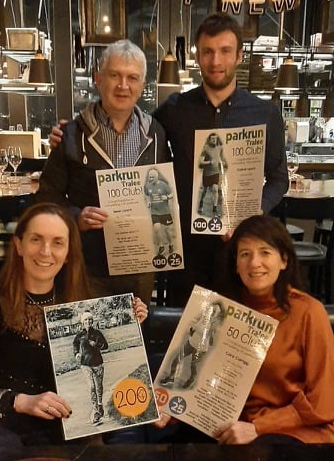 The huge crowd didn't seem to bother people, and there was a great buzz as the runners went around. No less than thirteen runners finished in less than 20 minutes (but alas, no-one managed the time of 20:20 for the first run in 2020!). 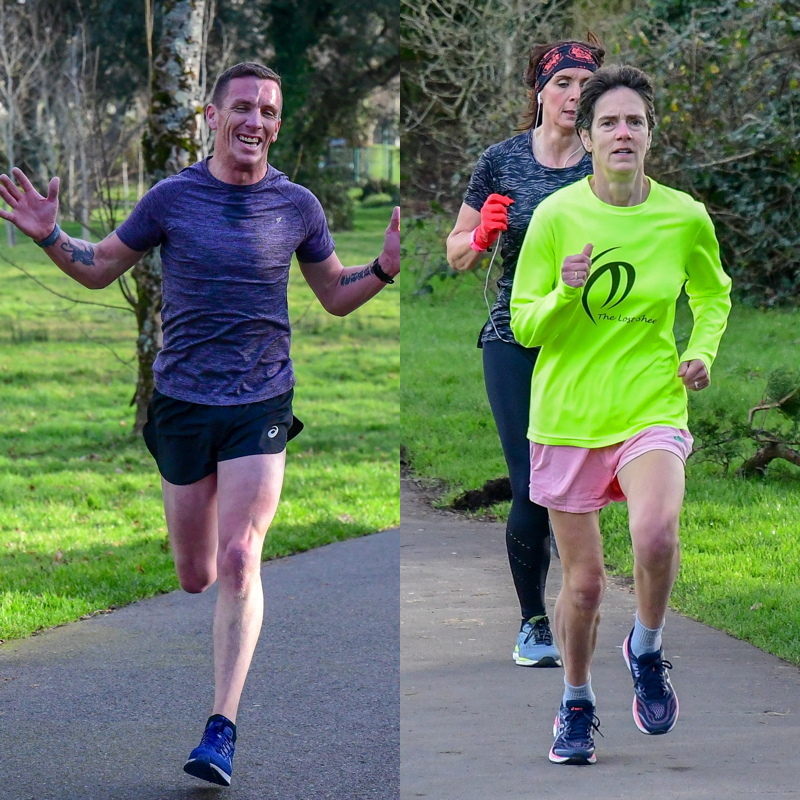 First Finisher was Mr. Consistency James Daley (he'd taken easy in Listowel) - he was just three seconds off his PB. And our First Lady was Mary Fitzsimons - an even more impressive feat as she had done so just two hours ealier on Inch Beach - that was after her first swim of 2020 and before her second swim as part of the "Twelve Swims of Christmas" in Fenit! 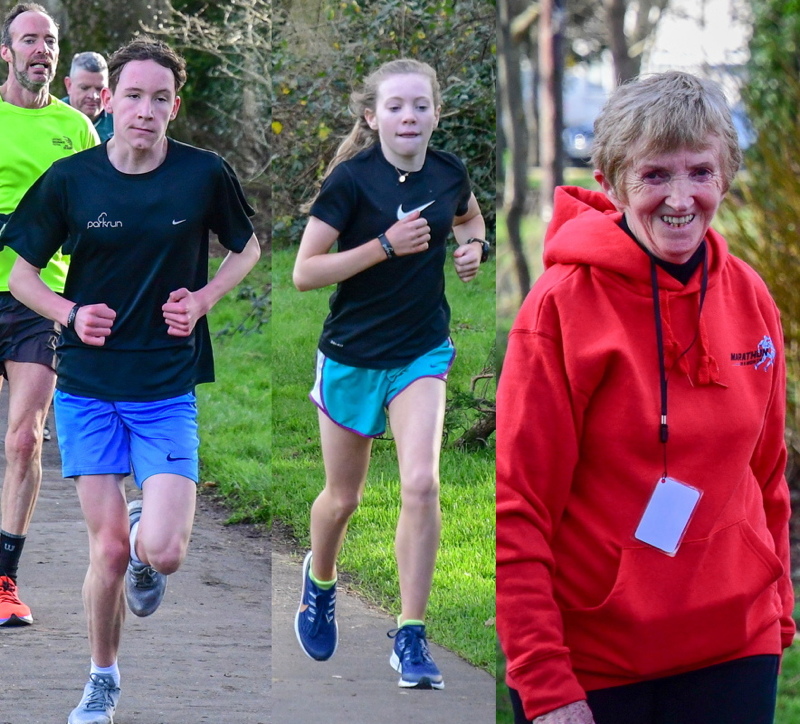 Our quickest juniors were Oisin and Rachel. Rachel was also First Lady finisher in Listowel! Rachel finished a little ahead of her Granny, but Kathleen's achievement was no less impressive, and we were delighted to welcome her and all the other newcomers (20 with barcodes, and many as yet unregistered) - she has promised to return on Saturday to continue the great family tradition! (Isn't parkrun fantastic - what other athletic endevour has grandchildren and grandparents taking part in the same event and both enjoying it equally?)

All of the day's results are online here, and Garry and Cáit (a visiting volunteer) took hundreds of great photos which are on our Facebook Page. And you can scroll down or click here to see some of the best photos from 2019.

The parkrunfest is nearly finished for this year - just one more under Frances' guidance on Saturday and then (Thank God!) we'll be back to once a week until Christmas!