We would be a bit calmer
truth to be told
but do we really like
food without salt?

We don’t need a special day
To tell them how we feel
Everyday tell them you love them
(And don’t forget to volunteer!!)

It was a special parkrun day today, celebrating the International Women’s day (IWD) (that’s tomorrow) and everyone was in a great mood. The IWD started officially back in 1911, but it was honoured on March 19th (special day for yours truly!), but transferred to March 8th in 1913. It’s a day to celebrate the achievements of women, so most of the report today will be focused on women achievements in Poolbeg parkrun!

Two fun facts for today: on this day 144 years ago, a guy named Alexander Graham Bell received a patent for the telephone. He had filed the patent on February 14th, but the interesting fact is that if he had overslept that day, then the patent would have been given to Elisha Gray, who also filed a patent for the telephone a little bit later that same day! So, the telephone could have been a female invention if Elisha had gone earlier to the patent office! Who knows what happened on the Gray household that morning and delayed her…

Anyway, let’s see who survived the poem and the blabbering about the telephone …
It was a relatively warm (around 10 degrees) but very windy (again!) and cloudy day at the Poolbeg parkrun today. The course was dry since there was not much rain this week. Everyone was in a happy mood that they have survived yet another busy week and they were ready to run in their favorite parkrun course.

The participation was a bit lower than the previous times, but still 182 people run, jogged, walked, and pushed their strollers up and down the park. There were 30 first timers at Poolbeg, among which 13 were doing their first ever parkrun (welcome guys!). There were also 27 people that didn’t have their barcodes and they are unknown – remember no barcode no time! Despite the strong wind coming down the hill and all the way until the first corner, there were 36 people that improved their personal best – congratulations (and tell us how you did it!). There were also participants from 14 different clubs, with the Crusaders Athletic Club having the highest numbers again (10 runners).

Huge congratulations to Michelle D. and Donal McI (who also improved his PB) for completing their 50th milestone. Let’s see you next time with the red T-shirt. Congratulations also to Kenan for finishing first for the first time at Poolbeg! 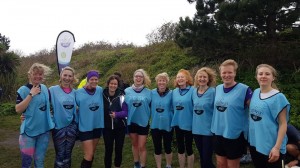 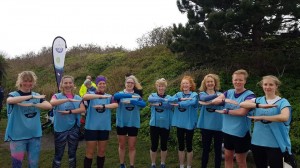 Fiona, the run director, and her group of 24 volunteers (in total) made today’s run possible. Thank you all for the great organisation and the help today out there, despite the strong winds. Remember that this is a free event and will always depend on the volunteers to keep the good work. Please volunteer if you can for the next events. You can find more details on how to volunteer in the dedicated volunteer page on our website.

Enjoy the rest of the weekend and see you next time for Poolbeg Parkrun #135 at another special day (more details in next week’s report – (or not?)!
#IWDparkrun #loveparkrun #eachforequal