So the summer has come and gone but Inch Beach parkrun lives on. We couldn't have asked for a better start really for the first and only beach parkrun in the Republic of Ireland. With 20 Saturdays gone since the inaugural on the 19th of May, less than a handful of these have experienced less favourable conditions. The inaugural Inch Beach parkrun will forever be etched in my memory however, with over 200 participants showing up on what was one of the most beautiful sunny calm mornings I have ever experienced on this beach.

The heatwave during the weeks of June attracted plenty of parkrun visitors with people coming from all over the world... Australia, United States and the UK. Plenty of Irish visitors too with many travelling down for weekend breaks and longer. As the weeks went on and we welcomed any visitors, it was nice to also see a steady growth in locals participating. After all, parkrun is essentially for the local community and needs to be driven by them also. With surrounding towns and villages such as Dingle, Annascaul, Camp and Castlemaine, the word began to spread and more regulars were turning up. 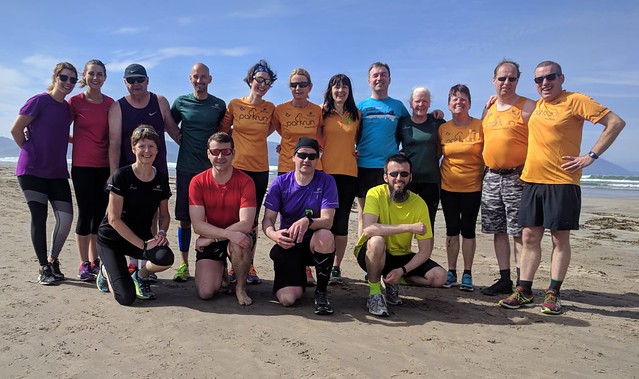 "parkrun tourists" at our inaugural parkrun 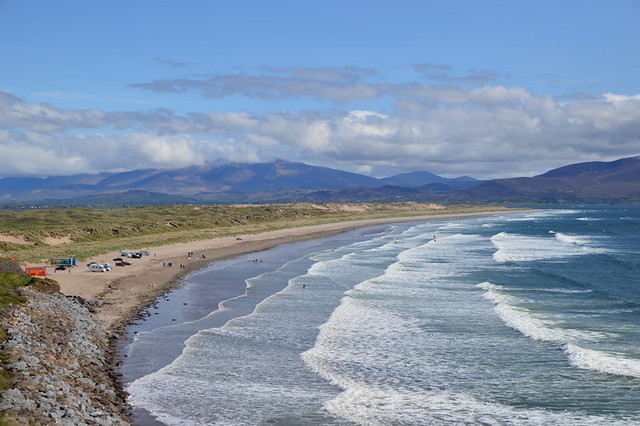 The beauty of parkrun is that it is for all ages and abilities and that it's is free. Inch Beach brings added bonuses such as the Atlantic views, sea air and golden sand. In this age of indoors living and no such thing as a free lunch, Inch Beach parkrun is the antithesis of both. Even further bonuses are the post run sea dips for a wild Atlantic cool down. 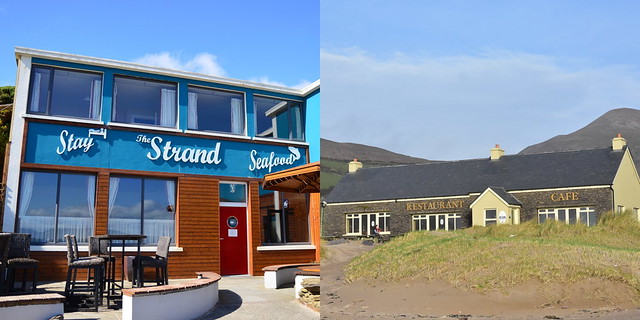 We are located close to two cafes, Sammy's on the beach itself and The Strand close by overlooking the beach. It really is a unique parkrun location and in terms of health benefits for both the body and mind, it is a superfood with bells on.

To take you back to how this all started, I have been running alone on this beach for several years. After finally relocating and moving down to Annascaul on a permanent basis last year, I sat on the beach one day after a run and said “wouldn't this be a great place for a parkrun”.

An email to an acquaintance who happens to be parkrun's Chief Operating Officer, Tom Williams, put me in touch with Matt Shields who is the Irish parkrun Country Manager. I had no real clue about how to set it up but Matt gave me the instructions. I was still a lone ranger though and carrying out the instructions needed back up. It was December 2017 when I first made the contact and by the start of the new year, I had my back up in the form of Tony Higgins.

Tony has been involved with Tralee parkrun for the last number of years and also a parkrun ambassador. By mid-January Tony helped me get the ball rolling with his can do attitude and astute thinking. A good wing man to have. So by February, we were getting in touch with the local authorities and getting the boxes ticked. The local sports partnership helped with the approval from the local council. Risk assessments were completed, tide time tables were scrutinised, and a few meetings were held on the beach during some cool wintry afternoons to assess the course. By March we had sorted most of the logistics and next it was about getting the funding and core team together.

I was still flying solo with Tony showing me how to fly. So I asked around the village and got some support from a few locals. Matt Shields and the team then started to look after setting up the online system and website, all that technical mumbo jumbo stuff. By April we had the main things in place and we could start planning a start date. Being on the wild Atlantic way, and after what was a long cold winter, we thought it was best to launch the Inch Beach parkrun as the summer approached. 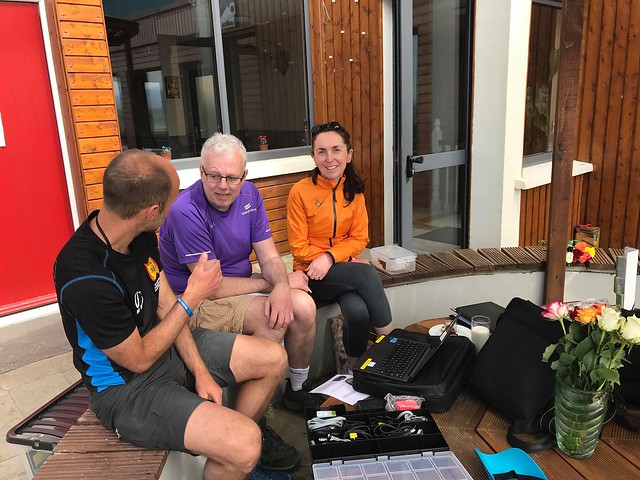 So May the 19th was locked in the diary and training for the core team was organized. Another parkrun ambassador from Tralee, Siobhan Kearney, came on board to help us out with the set up and training. A small but keen group of volunteers met up for a couple of volunteer training evenings over the weeks leading up to the launch date. May the 19th was given the go ahead by the parkrun HQ and Inch Beach was given its official parkrun registered number. 2 weeks before the first parkrun, a delivery truck pulled up outside my house with all the kit... scanners, stopwatches, signs and flags etc. Tony , always the thinker, had also kindly made up instruction cards and various other pieces that make things work. 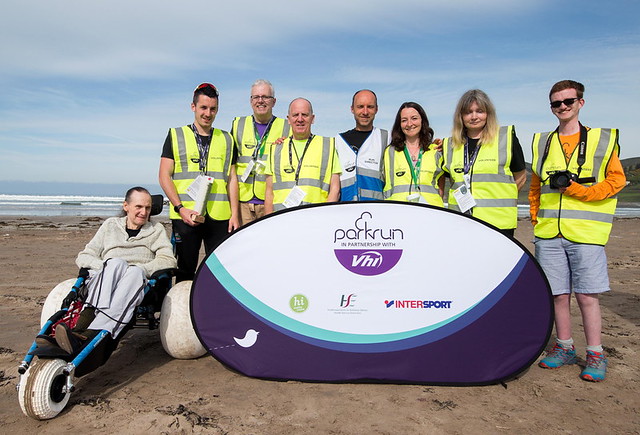 So the night before the big day arrived. Like any event in Ireland, all you are hoping for is good weather! Waking up early on the 19th May was a dream come through. Myself and my better half packed the car with the kit in our shorts and t-shirts. I remember not even having to put on a pair of shoes. Drove down to Inch Beach barefoot and stayed barefoot for the day! Barely a breath of wind on the beach when we arrived, a mild air , blue skies and a hazy sunshine. Tony was there having camped out the night before in his camper and had a big smile on his face to greet us. He sort of said, “nothing can go wrong today”. 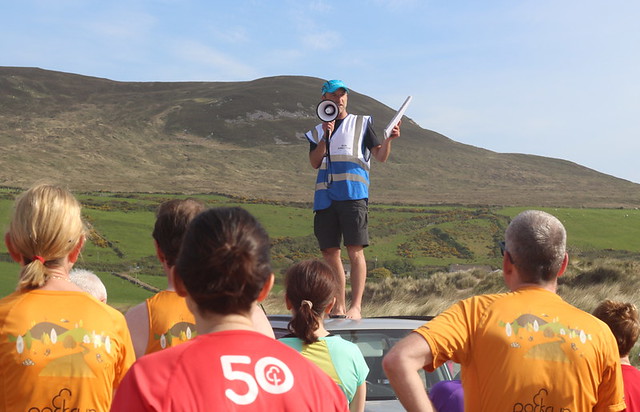 As the crowd gathered, I thankfully had plenty of volunteers with Tony and Siobhan overseeing things. As the air got warmer and the sun got brighter, I gave the first run briefing to the over 200 people that had gathered enjoying the sunshine. The weather made for some amazing photos to capture the day and at 9.30am, the first ever Inch Beach parkrun commenced. 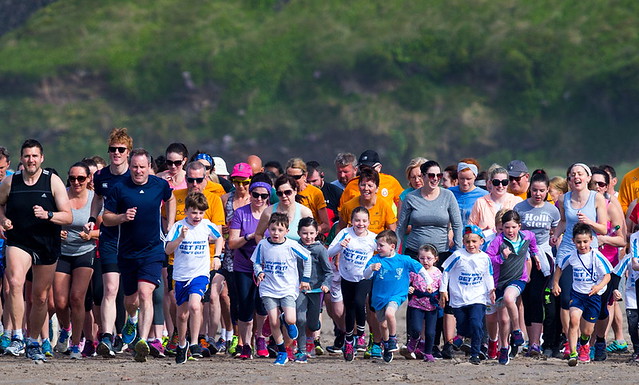 As the end of the summer approached, the numbers of visitors dwindled and we could finally see who the locals were ! Like all parkruns, there is a great variety of participants from youngsters dragging parents along, to those more mature in their years, along with walkers, dogs and buggies!

Also, we have been lucky with a small but dedicated team of volunteers. From the beginning, Elizabeth Brookes has been the only other RD and has also herself taken the responsibility for taking photos and posting up notes about the weekly participants. We have a stalwart turnaround marshal Bernard who enjoys his barefoot run up and back with the turnaround sign. A very local volunteer Lisa Brown who has helped with the early morning set ups and mid-week recharging of the scanners and laptop. We have Keel resident Rory Prendergast who cycles up on his bike most Saturdays, not only to volunteer but is also has the most number of first finishes with 6! We are also lucky to have local endurance celebrity Shane Finn as a regular volunteer. So its a great team to be part of and some people like parkrun just for the volunteering experience so if you are someone who would enjoy being part of the core team, please do feel free to put your name down.

We now are also lucky to have RD No.3 with Marie Hallaron who has kindly stepped up to offer her services. Plenty of other volunteers to mention with many coming out for the day from Tralee as well as family groups of volunteers with parents and kids. Needless to say, parkrun does not happen without these volunteers and with the winter months approaching, we kindly ask that you keep supporting Inch Beach parkrun as it is too good for it not to happen! 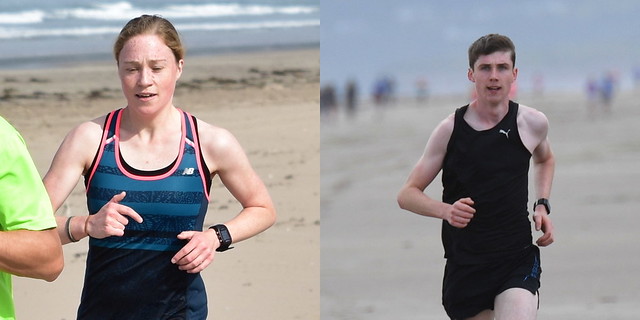 Lots of very good progression and improvement of PB times over the summer too. Many taking over 5 mins off their time. Two very fast first time finishers with Shona NiFhloinn with the current fastest female time of 19.47 and Jack Miskella with the current fastest male time of 18.00. Inch Beach doesn't lend itself to consistent times due to the wind conditions so don't worry if you are not seeing consistent improvements! We have been lucky to have several very calm still air days so if you are looking for a new PB, check the forecast! Having said that, the main objective should be the enjoyment factor and being able to take part in the Rep. of Irelands only beach parkrun. 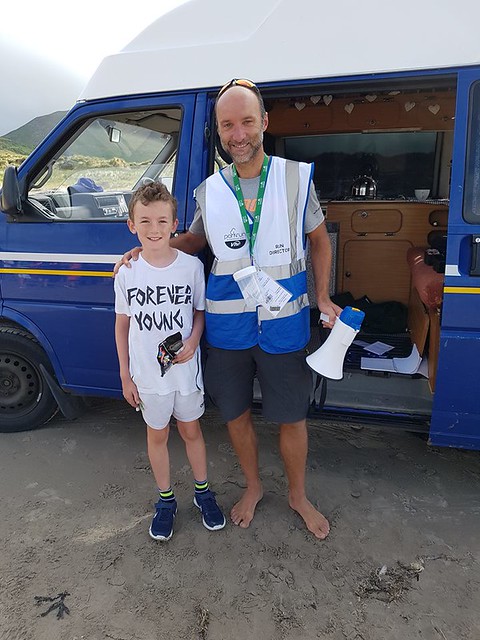 Special mention has to go out to our only parkrunner who has completed all 20 of the Inch Beach parkrun to date, junior runner Fionn. He even persuaded his mother to cut their holiday in Galway short so he could be back in time for one of his parkruns!

With balmy summer temperatures gone, we now enter the somewhat cooler months. But don't let the weather put you off! Inch Beach is beautiful no matter what the weather. The only hard part is getting out the door as once you are down on the beach, you won't regret it! Not only will we get the clear frosty mornings, but even the wet stormy mornings have their own energy and beauty. We will see who the brave are

We have been lucky to have use of the Strand Inn as a place to store the equipment. Dympna and Max who run the Strand have been very helpful over the summer months and it has been a great place to return to after each parkrun to process the results. It is also a great location for parkrun tourists with many using it as their accommodation. With the winter months in mind, we are now changing the location to Sammy's Cafe and this is now where we will gather to process the results and enjoy a well earned hot drink.

So if you would like to be part of the parkrun community, please feel free to join us there every Saturday after the parkrun. Inch Beach parkrun is unique and located on one of the most beautiful beaches in Ireland. The beauty is also in its simplicity. We only need a minimum of 5 volunteers each week to run it. It takes no more than 15 mins to set up. You run up the beach, turn once, and run back! And that's it. 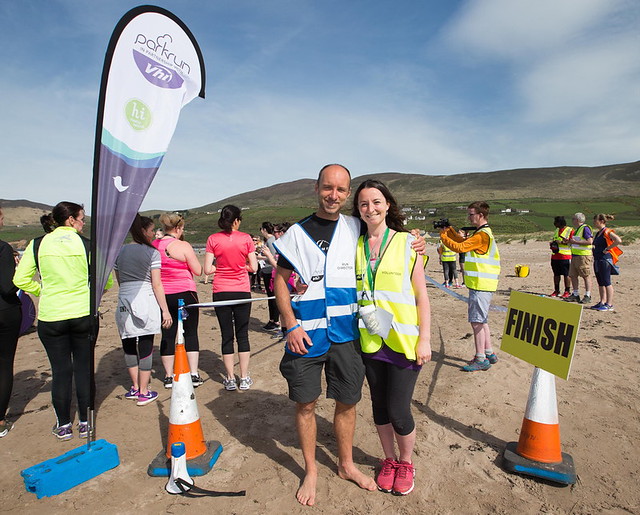 In the words of the very intelligent man -

“Everything should be made as simple as possible, but not simpler”

I look forward to seeing you over the winter months. Lets keep her lit. 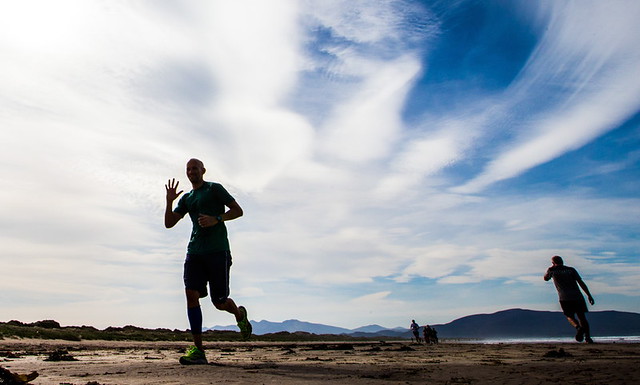