Weather, weather, all together!!

With the rain absolutely hammering down as I was getting out of bed, and not much different by the time I was unpacking in Castletown with my daughter Alicia, I knew that the expectation of lower numbers would be a reality, along with one of the biggest road races of the year taking place in Dublin.

66 of you were dripping wet well in advance of the pre-run brief, but it didn't dull our day one bit.  It never ceases to amaze me how the community spirit instantly pops up at every event.

With smiles and stories from overseas, we had Matt and Katy from Manchester. Katy was also our first lady finisher yesterday. 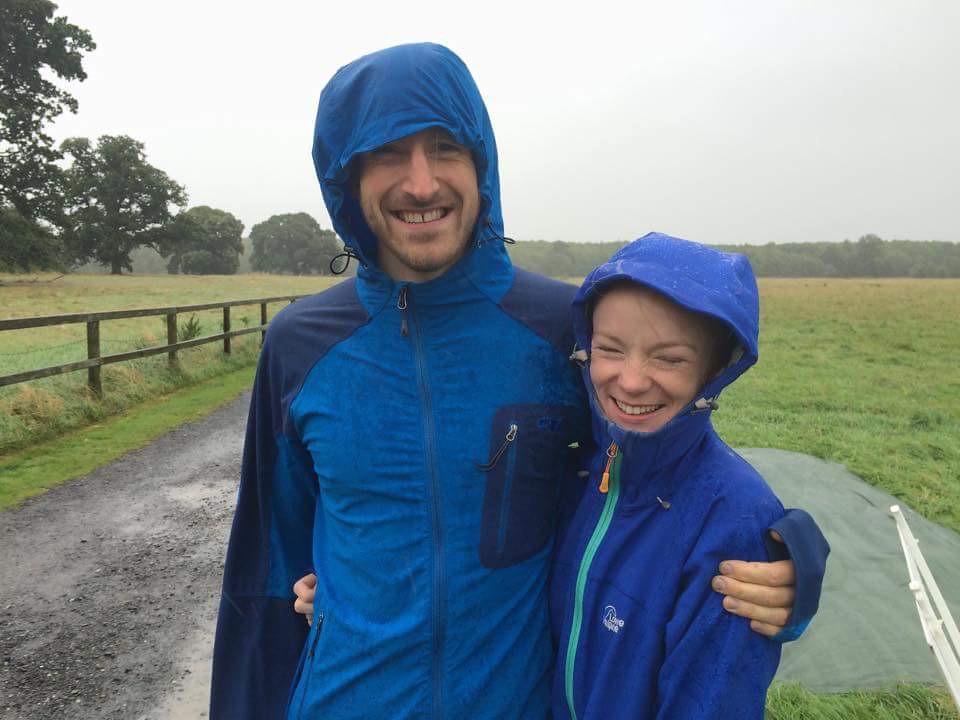 But what about our parkrun first timers.  I'm not sure if I'd have been so brave on my first trip out, so kudos to all of you!!!  Troopers with enthusiasm by the bucket load. 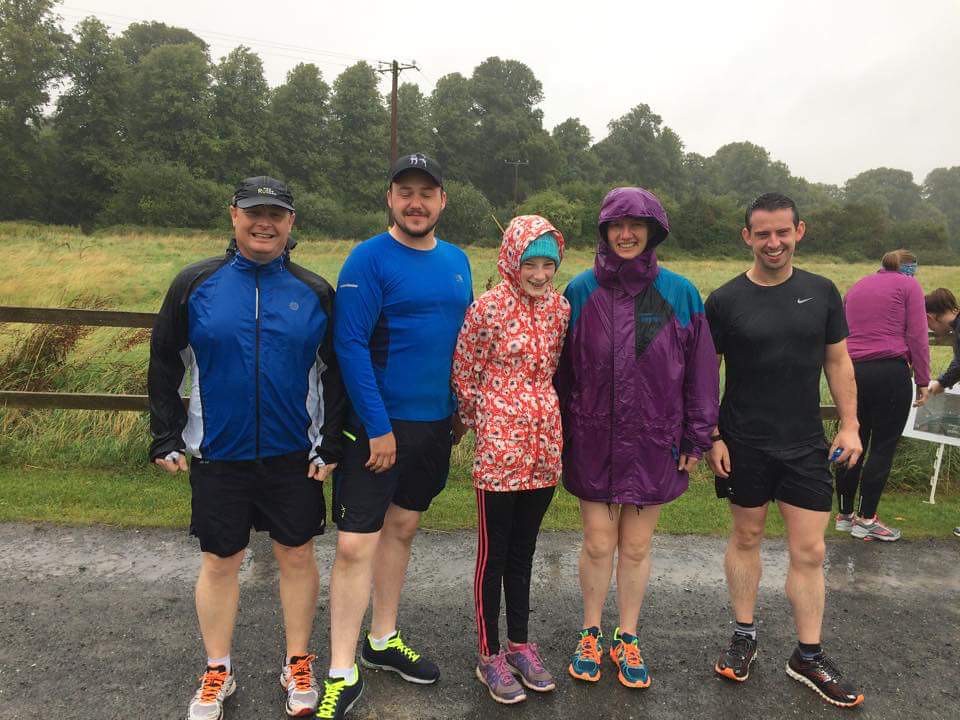 Just to make our event that little bit more exciting, our course record was broken.  Yes, in that weather, the record was broken.  Congratulations to Gary Condon who completed the 5k in a time of 16.44... phew!  Don't think I could have done that if I'd have been on a bike.

As Michaela our tail runner for event #40 came into view, along with returning marshals carrying signs, I can honestly say I was a bit on the happy side.  Starting to feel the cold and a bit on the soggy side, I was glad to be packing up with a trip to the coffee shop in my sights, but I didn't expect what happened next... the volunteers wouldn't leave... no, they stuck around packing away all the signs and gear into bags and even though they were just as wet and cold as I was, insisted on token sorting and loading up till we were totally cleared away.  Each and every one a volunteer hero.  I'd personally like to thank Pat Byrne, who is relatively new to volunteering, but insisted on helping out with multiple jobs yesterday.  All I had to do was stand about and look damp!

Coffee and a chat did just the trick to warm me up afterwards with Alicia telling me stories of 'happenings' and jokes shared during her volunteering role.  She said she's not laughed as much in ages.

Looking forward to new adventures for event #41 already, gosh you'd be afraid to miss an 'episode' at Castletown parkrun.

Some volunteering roles still left for next week, so do join in the fun (as you can see, there's a lot of that at Castletown)... drop us a line at castletownhelpers@parkrun.com

Your run director for event #40

This weeks status round up

This week there were 66 runners, of whom 19 were first timers and 8 recorded new Personal Bests. Representatives of 9 different athletics clubs took part.

Castletown parkrun started on 24th October 2015, and since then 1,556 different runners, including participants from 68 athletics clubs, have completed 5,653 runs covering a total distance of 28,265 km, and there have been 1,447 new Personal Bests.

Yesterdays full results and a complete event history can be found on the Castletown parkrun Results Page.

Photos can be found on the flickr page (if you have any photos from parkrun, please share them with us on the page.

For all other news including local events and our parkrunner of the month, have a read on our news page.