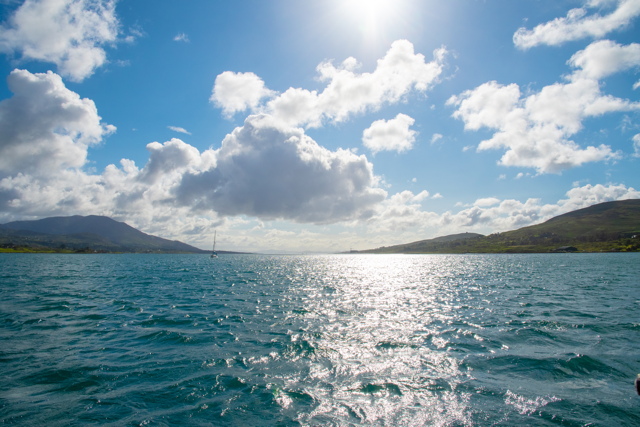 There is no better way to start the weekend than with a parkrun, and no better parkrun to do than Bere Island parkrun! After spending a week cycling and walking the beautiful Beara Peninsula, I had been looking forward to running my seventh Bere Island parkrun when I was invited by John Walsh to be Run Director - even better - all the pleasure of a parkrun with none of the pain! 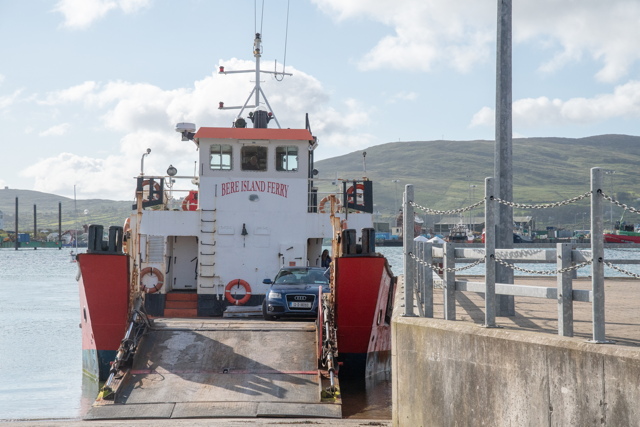 The fun starts at 9 am when you meet your fellow ferry-goers, some local and some tourists. This week there was a large contingent from Newcastle West, of which more later, but they travelled earlier to the other end of the island to maximise their time!

The shuttle from the pier to Rerrin is never without incident, and this week it was a push-start of the minibus that was the warm-up for the run. Luckily, I had bummed a lift from Suzanne, thinking it would give me a few minutes extra to get myself organised. Not so, of course. With Colin driving, a five minute head start turned into a photo finish as we arrived at the GAA club simultaneously. Ah well. 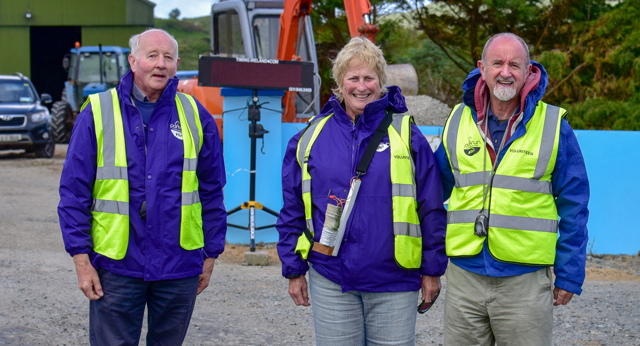 The job of Run Director usually involves setting up the course, training all the volunteers, doing the briefing, constantly checking the timers and scanners and then processing the results when the run is completed. Not so when you're a Guest RD on Bere Island! It's a well-oiled machine with everything set up by Brendan in the early hours, volunteers who knew more about scanning and timing than I do, and John waiting to do the results later in the afternoon after a hard day's work! 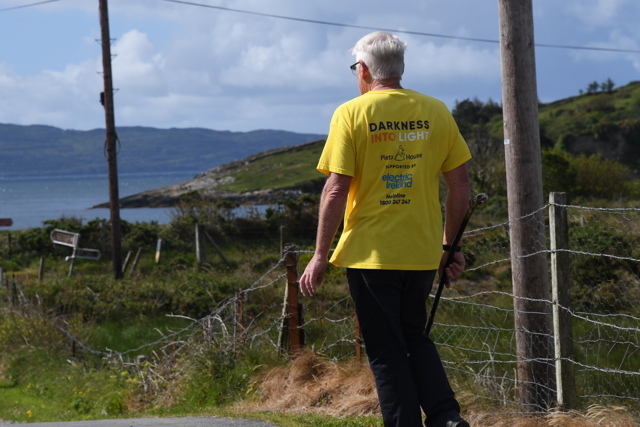 Most other times I've visited, the legendary Dominic Hallihan has been the Run Director, so I had big shoes to fill. With Dominic, it's more like a sermon than a briefing!

We lined up earlier than usual, the Newcastle West gang were rushing home to a wedding - but of course not until (nearly) everyone was ready! 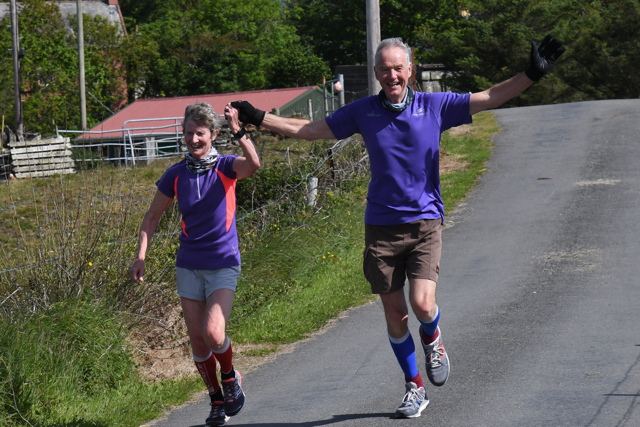 There were visitors from the UK - most weeks in the summer Bere Island welcomes tourists - including Mary and Alan from Banstead Woods and Alison and David from Ashton Court - with well over a thousand parkruns between the four of them. So praise for Bere Island parkrun from these well-travelled parkrunners is praise indeed - and they loved it! 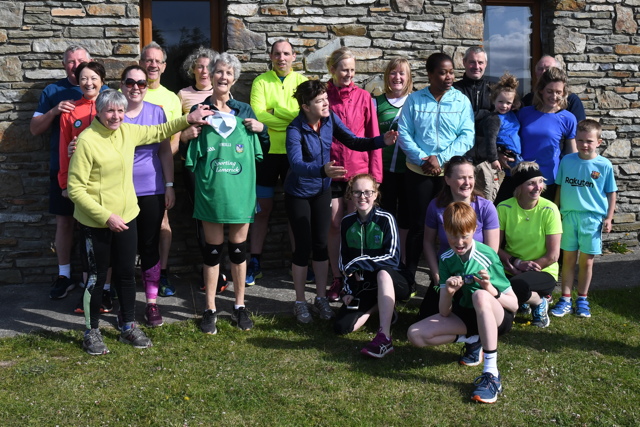 And there was a busload from Newcastle West, led by their Event Director Denis Fitzgerald - it was great to see so many friendly faces that are familiar from our visits to Newcastle West and their trips to Tralee! 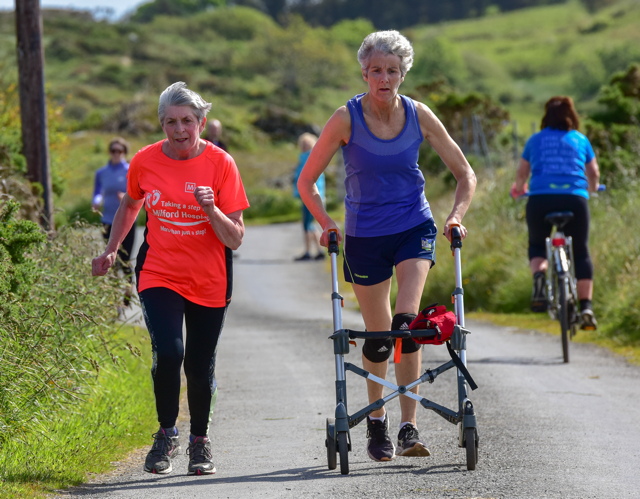 A special mention for my friends Mary and Mary Ita. Mary Ita recently conquered Croagh Patrick - an amazing achievement - and has now added to that one of the great parkrun pilgrimages! (That's Edel cycling down to make my breakfast, by the way). 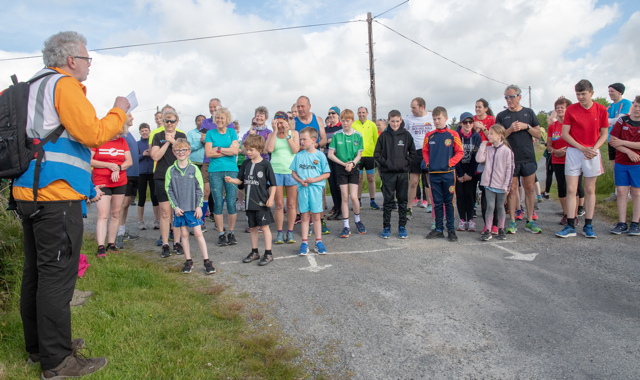 A few words about the course and the essential safety information, and they were off! Because it's a single lap, there's a few minutes to relax and chat before the runners come back. 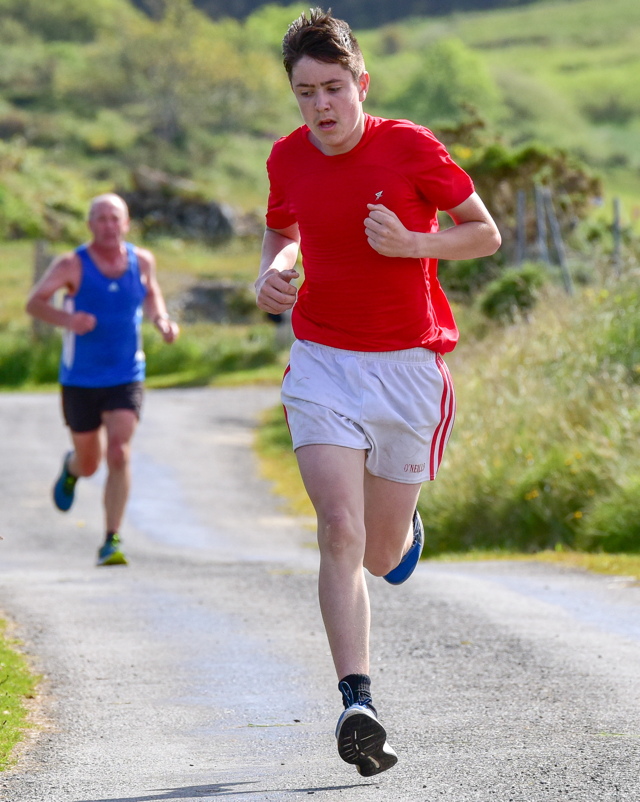 Not too many minutes - despite the hilly course, Kevin was back in just over twenty! His 21st time finishing first in fact, but he's still a LONG way short of Joanne's 150 which she achieved last week! 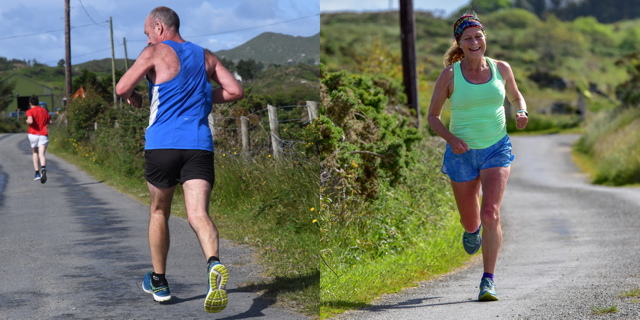 Hot on Kevins's heels was visitor David Engledew, and David's wife Alison wasn't far behind, her time of under 24 minutes earning her an Age-Category record for Bere island! 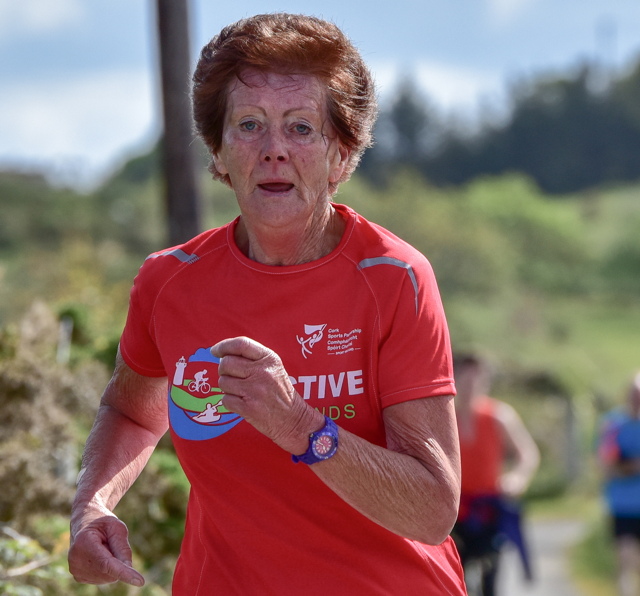 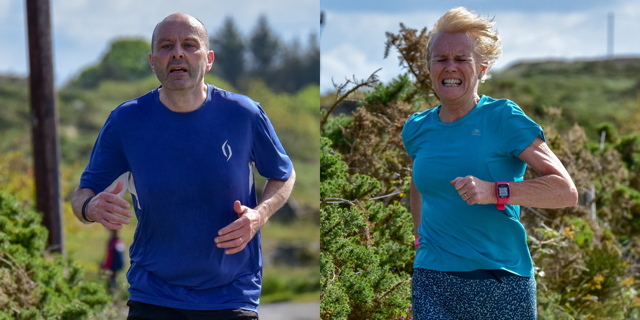 No "milestones" this week, but hopefully Ned and Clare will both be hitting the century next week.

The 'well-oiled machine" was back in action as soon as Tail-Walker Maureen crossed the line, before I even realised it everything was stowed away and chauffeur John Walsh was waiting to drive me to the Bakehouse for Edel's special breakfast! This Run Director business is a doddle, you should try it sometime

The only pity about the trip to Bere Island parkrun is that it's over all too quickly. Half an hour at the most to chat before the minibus (a.k.a. Roller Coaster) takes you back to the ferry, but at least I have another visit to look forward to in the next few months. 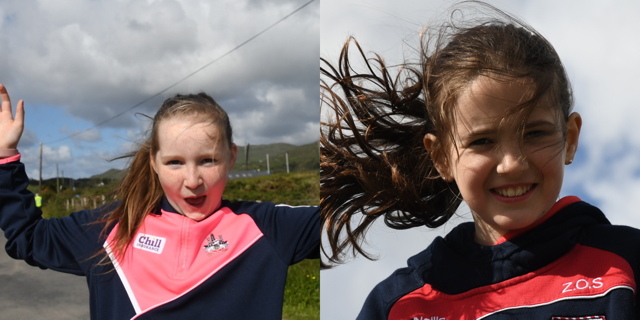 There are lots of photos taken by these two talented junior photographers on the Facebook page.

Thanks to all for the hospitality as always - we would love to repay it when you visit us in Tralee.